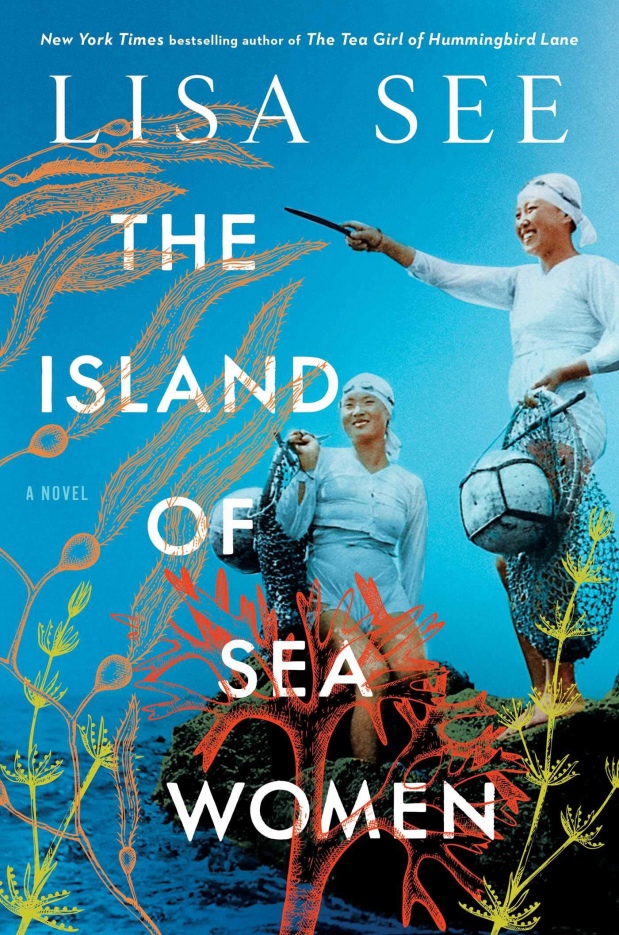 I am a big fan of Lisa See and her work. I was hooked when I first read “Snow Flower and the Secret Fan” several year ago. “Shanghai Girls” is my favorite. I still think about the tea history I learned in “The Tea Girl of Hummingbird Lane.” Her books are a wonderful mix of history and strong women. Because of her research and passion for her subject, I feel like I am reading a fascinating personal history rather than a work of fiction.

“The Island of Sea Women” is set on the Korean Island of Jeju and follows the life of two haenyeo, female divers, Mi-ja and Young-sook. Through the eyes of their friendship the history of the of the island from the 1930’s through modern times unfolds.

“Does this beach have any food?”

“More food than there are grains of sand on Jeju.”

Jeju is a woman’s world where the women support the family by diving for sea urchins, shellfish, abalone and octopus while the men care for the children. The women in each collective of divers are closer to each other than they are to their families. They gather each morning at their bulteok to prepare for their dive, return for lunch eat and to nurse children, dive again in the afternoon, return to nurse, sort the day’s harvest, divide the proceeds and repair equipment. The organization, conversations, chants and rituals of the sisterhood is fascinating.

“Every woman who enters the same carries a coffin on her back. In this world, in the undersea world, we tow the burdens of a hard life. We are crossing the between life and death every day. When we go to the sea, we share the work and danger. We harvest together, sort together, and sell together because the sea itself is communal.”

Jeju has a history of being an occupied island. The book begins before World War II when the Japanese occupy and rule JeJu. After the war Korea is divided between the United States and the USSR, hence North and South Korea. JeJu was part of South Korea. There fear of communism and a small uprising lead to a brutal retaliation by the government. It turns out the Koreans where harsher to their people than the previous occupiers.

“It’s better to be born a cow than a woman.”

The brutality and fear impacts the families of and friendship of Mi-ja and Young-sook. The most beautiful parts of this book are the human experiences of theses two women.

“The Ocean is better than your natal mother. The sea is forever.”

“The Island of the Sea Woman” is a complete book; beautifully written a researched. I enjoyed the story and learning the history. There were times where I could not put it down, times I had to put it down and walk away and times I needed a tissue. All signs of a great work.

One thought on “Book Review: The Island of Sea Women by Lisa See”